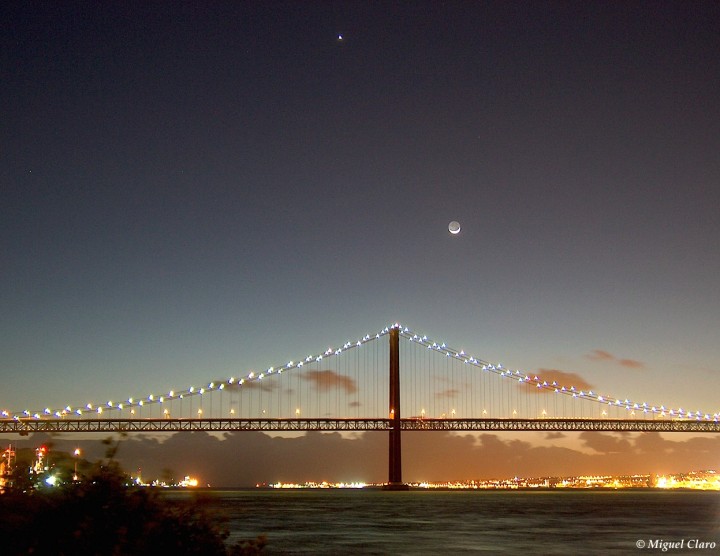 Explanation: Brilliant Venus, a slender crescent Moon, and lights along the Ponte 25 de Abril glow against the western twilight in this lovely moonset scene from Lisbon, Portugal, recorded on March 20. In fact, such serene views were enjoyed across planet Earth this week, as the young Moon remained near the setting Sun following a partial solar eclipse, and Venus ruled as the evening star. Because of strong Earthshine - light from the sunlit Earth - even the Moon's night side is clearly visible in the picture. The Ponte 25 de Abril is a 2.3 kilometer long suspension bridge across the Tagus river, often compared to the Golden Gate bridge in San Francisco, USA.