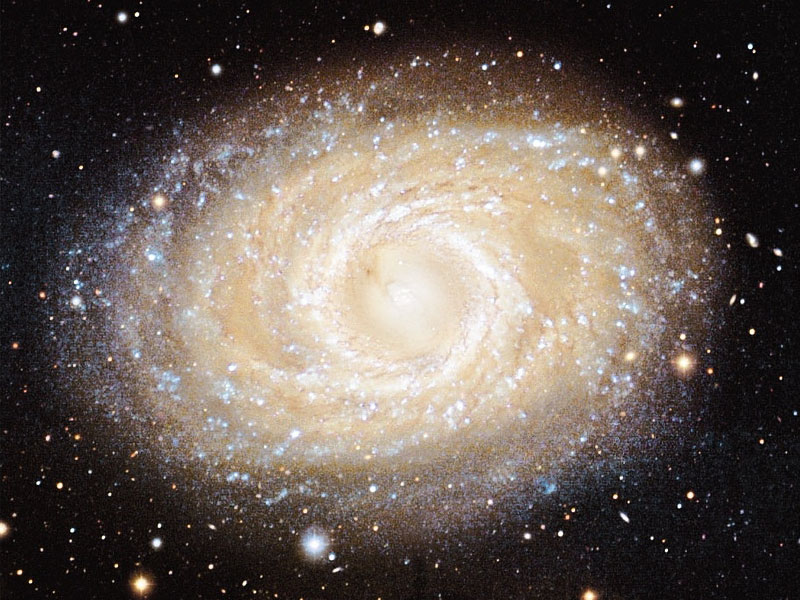 Explanation: Why do some spiral galaxies have a ring around the center? First and foremost, M95 is one of the closer examples of a big and beautiful barred spiral galaxy. Visible in the above recent image from the CFHT telescope in Hawaii, USA, are sprawling spiral arms delineate by open clusters of bright blue stars, lanes of dark dust, the diffuse glow of billions of faint stars, and a short bar across the galaxy center. What intrigues many astronomers, however, is the circumnuclear ring around the galaxy center visible just outside the central bar. Recent images by the Chandra X-ray Observatory have shown that X-ray light surrounding the ring is likely emission from recent supernovas. Although the long term stability of the ring remains a topic of research, recent observations indicate its present brightness is at least enhanced by transient bursts of star formation. M95, also known as NGC 3351, spans about 50,000 light-years and can be seen with a small telescope toward the constellation of the Lion (Leo).