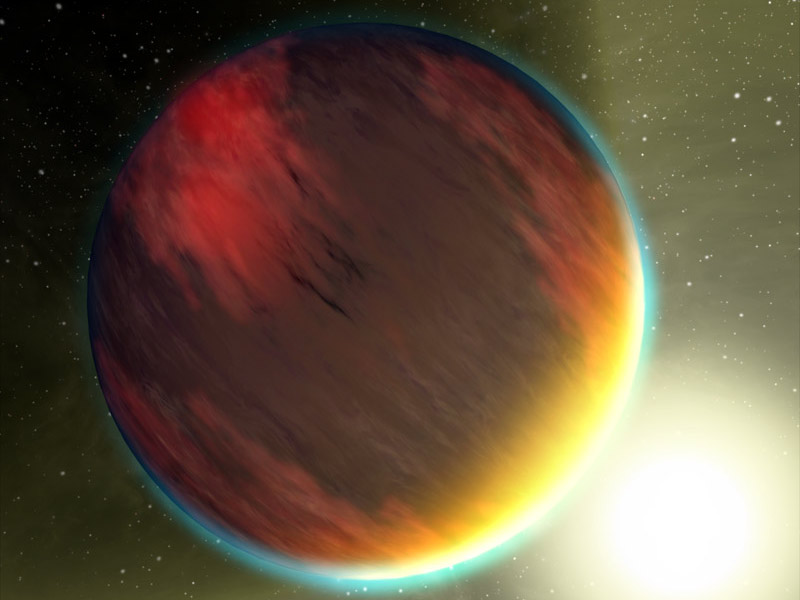 Explanation: Do extrasolar planets have water? In an attempt to find out, the orbiting Spitzer Space Telescope made detailed observations of the atmospheres of two planets that orbit stars other than our Sun. Unfortunately, water vapor was not detected in either exoplanet. Spitzer watched star systems HD 209458b and HD 189733b closely in infrared light both before and after the parent stars eclipsed their known planets. By comparing eclipsed and uneclipsed spectra very closely, astronomers could deduce bright light-emitting atmospheric gasses that were being blocked during eclipse. Were water vapor one of these atmospheric gases, a new indication that life might exist outside of our Solar System would have been found. The planets being analyzed are known as hot Jupiters -- they have sizes close to Jupiter but orbits closer to the distance of Mercury. The above illustration shows an artist's depiction of one of these dry worlds. Although no water vapor was detected this time, the techniques of measuring exoplanet atmospheres are quite promising, and the search for distant water and other biomarkers is just beginning.