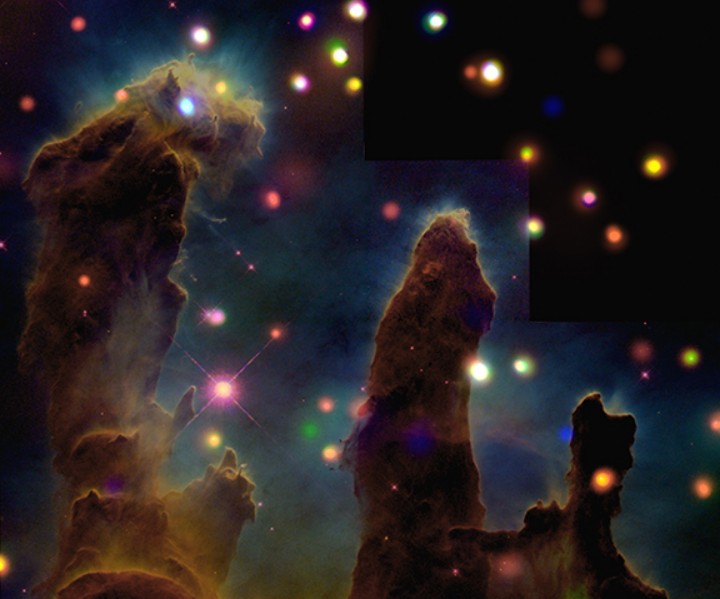 Explanation: The premier Chandra X-ray Observatory images of M16, the Eagle Nebula, show many bright x-ray sources in the region. Most of the x-ray sources are energetic young stars. They are seen here as colored spots superimposed on the Hubble's well-known optical view of M16's light-year long Pillars of Creation. For example, a blue source near the tip of the large pillar at the upper left is estimated to be an embedded young star 4 or 5 times as massive as the Sun. Still, most of the x-ray sources are not coincident with the pillars themselves, indicating that embedded stars are not common in the dusty structures. The mostly empty pillars are thought to be an indication that star formation actually peaked millions of years ago within the Eagle Nebula.