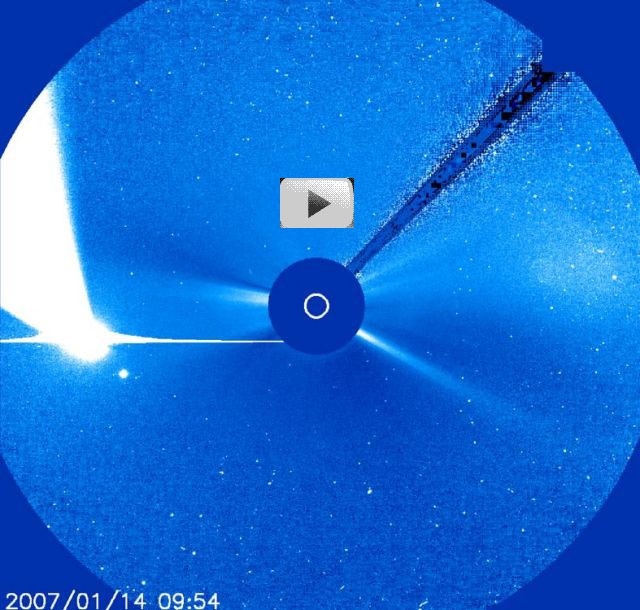 Explanation: This frame from a spectacular time lapse movie shows Comet McNaught - the Great Comet of 2007 - sweeping through the inner solar system. The movie frames were recorded from January 12 through Jan 16 by a coronograph onboard the sun-staring SOHO spacecraft. Bright planet Mercury also glides dramatically through the field of view but the Sun itself remains fixed, hidden behind the coronograph's central occulting disk. The broad-tailed comet is so bright it almost overwhelms SOHO's sensitive camera designed to explore the fainter structures in the Sun's outer atmosphere. Comet McNaught's closest approach to the Sun (perihelion on January 12) was only 0.17 astronomical units, or about half the distance between the Sun and Mercury. (Note: To download the movie file, click on the picture.)