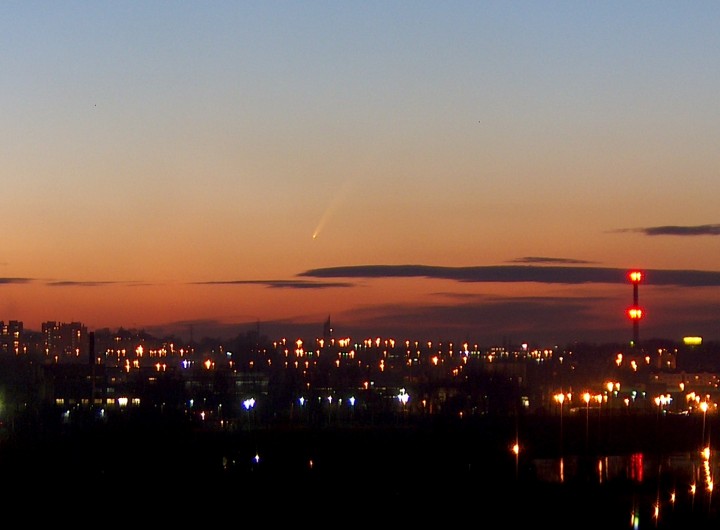 Explanation: Bright Comet McNaught (C/2006 P1) graced the twilight this week, seen by many and often described with superlatives. Watching the skies over Krakow, Poland, Andrzej Sawow recorded this view on Wednesday - with an ordinary handheld digital camera. He notes that "... astronomy is really for everyone who loves to look at the night sky. And fortunately (sometimes) the sky generously rewards its observer". Now very close to the Sun, Comet McNaught (along with Mercury) is visible in realtime images from the SOHO spacecraft. Otherwise, skywatchers will find the comet hard to see this weekend. But southern hemisphere observers could be rewarded next week as Comet McNaught begins to climb higher in southern skies.