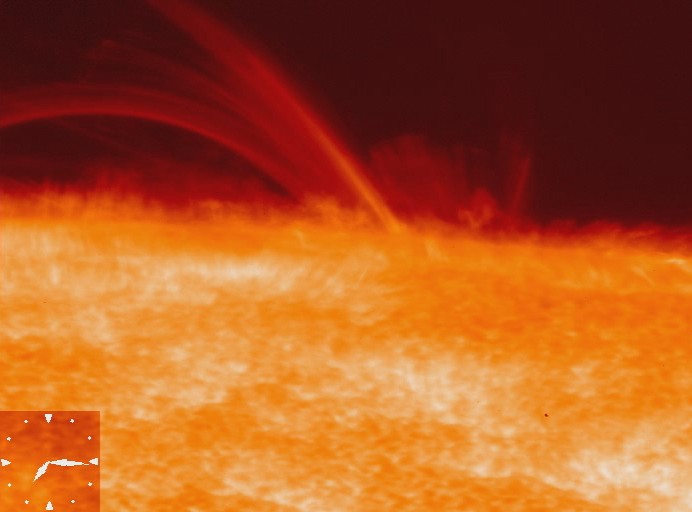 Explanation: Plumes of hot gas shoot across the surface on even an average day on the Sun. Such volatile activity was captured in dramatic detail recently by the new Hinode satellite launched by Japan in late September. Near the horizon, active regions around a sunspot eject hot plasma along the magnetic field lines that connect the sunspot to surrounding regions in the solar atmosphere. Bright regions are hotter and more active. The bubbling granularity and continuous activity of the Sun's photosphere is visible in the foreground. This frame from the movie is in representative color and covers a solar region of about 8,000 kilometers. (Note: To download the full MPG movie file, click on the picture.)