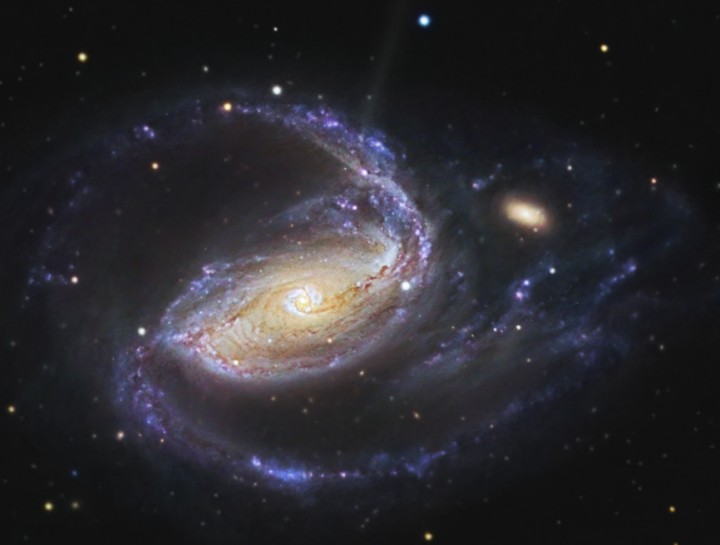 In the Arms of NGC 1097
R. Jay GaBany (Cosmotography.com)

Explanation: A smaller companion seems wrapped in the spiral arms of enigmatic galaxy NGC 1097. This amazingly deep image of the peculiar spiral system, also known as Arp 77, actually combines data from two telescopes, one in the northern and one in the southern hemisphere of planet Earth. The faint details revealed include hints of a mysterious jet emerging toward the top of the view. Seen to be about 42,000 light-years from the larger galaxy's center, the companion galaxy is gravitationally interacting with the spiral and will ultimately merge with it. NGC 1097's center also harbors a massive black hole. NGC 1097 is located about 45 million light-years away in the chemical constellation Fornax.