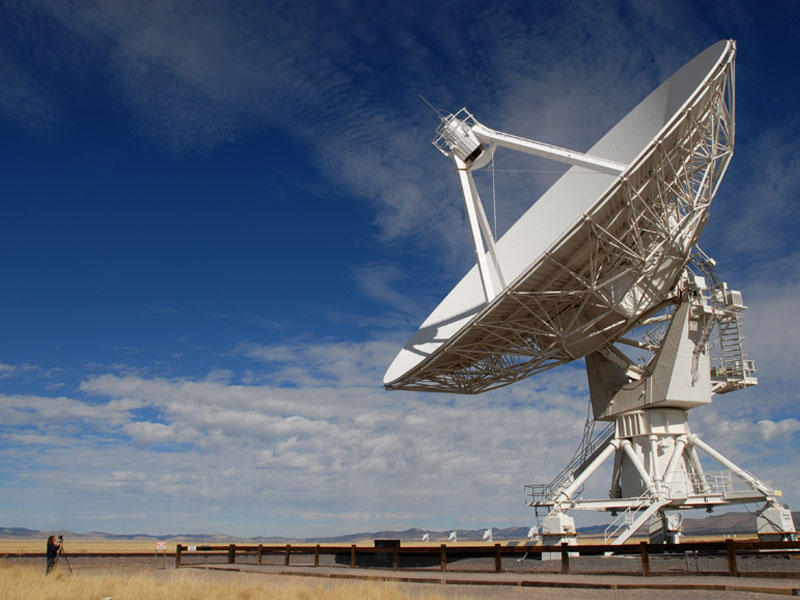 Explanation: They are so large, they are almost unreal. The radio dishes of the Very Large Array (VLA) of radio telescopes might appear to some as a strange combination of a dinosaur skeleton and common satellite-TV receiving dish. Together, the 27 dishes of the VLA combine high sensitivity with high resolution, enabling a series of important astronomical discoveries, including water ice on planet Mercury, micro-quasars in our Galaxy, gravitationally-induced Einstein rings around distant galaxies, and radio counterparts to cosmologically distant gamma-ray bursts. Pictured above, a dish from the VLA was photographed last week near Socorro, New Mexico, USA.