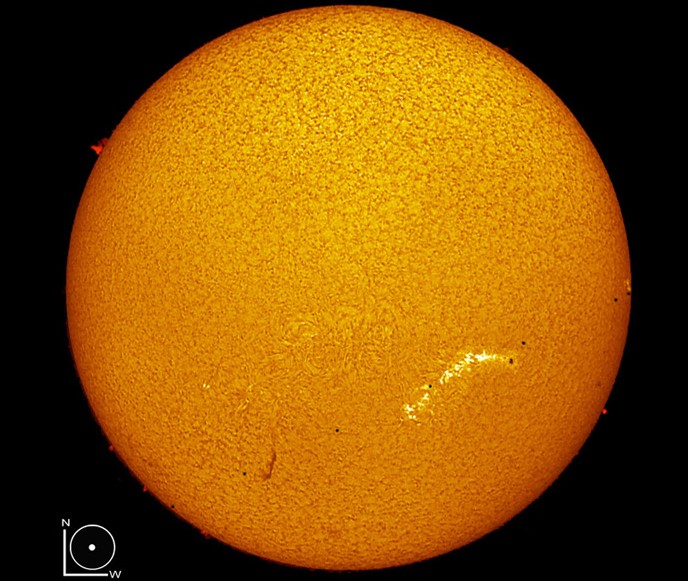 Explanation: Mercury, the solar system's innermost planet, will spend about five hours crossing in front of the Sun today - beginning at 1912 UT (2:12pm EST), November 8. Specially equipped telescopes are highly recommended to safely spot the planet's diminutive silhouette however, as Mercury should appear about 200 times smaller than the enormous solar disk. This simulated view is based on a filtered solar image recorded on November 3rd. It shows active regions and the Mercury transit across the Sun at six positions from lower left to middle right. Depending on your location, the Sun may not be above the horizon during the entire transit, but webcasts of the event are planned - including one using images from the sun-staring SOHO spacecraft. This is the second of 14 transits of Mercury during the 21st century. The next similar event will be a transit of Venus in June of 2012.