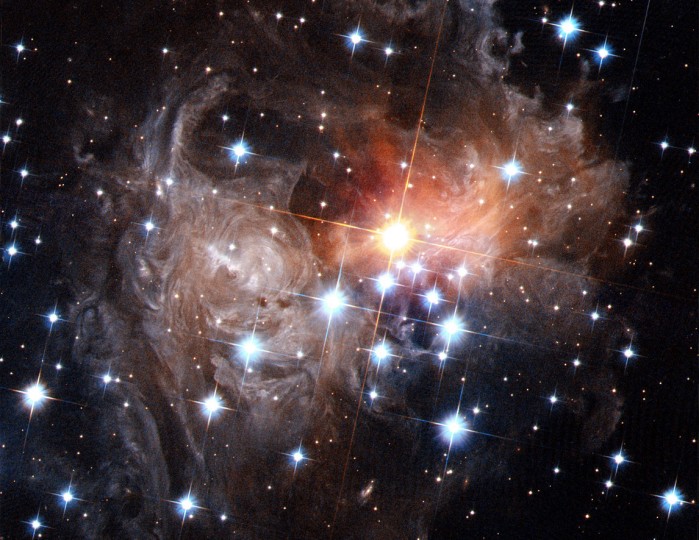 Explanation: Variable star V838 Monocerotis lies near the edge of our Milky Way Galaxy, about 20,000 light-years from the Sun. Still, ever since a sudden outburst was detected in January 2002, this enigmatic star has taken the center of an astronomical stage. As astronomers watch, light from the outburst echoes across pre-existing dust shells around V838 Mon, progressively illuminating ever more distant regions. This stunning image of swirls of dust surrounding the star was recorded by the Hubble Space Telescope in September of this year. The picture spans about 14 light-years. Astronomers expect the expanding echoes to continue to light up the dusty environs of V838 Mon for at least the rest of the current decade. Researchers have now found that V838 Mon is likely a young binary star, but the cause of its extraordinary outburst remains a mystery.