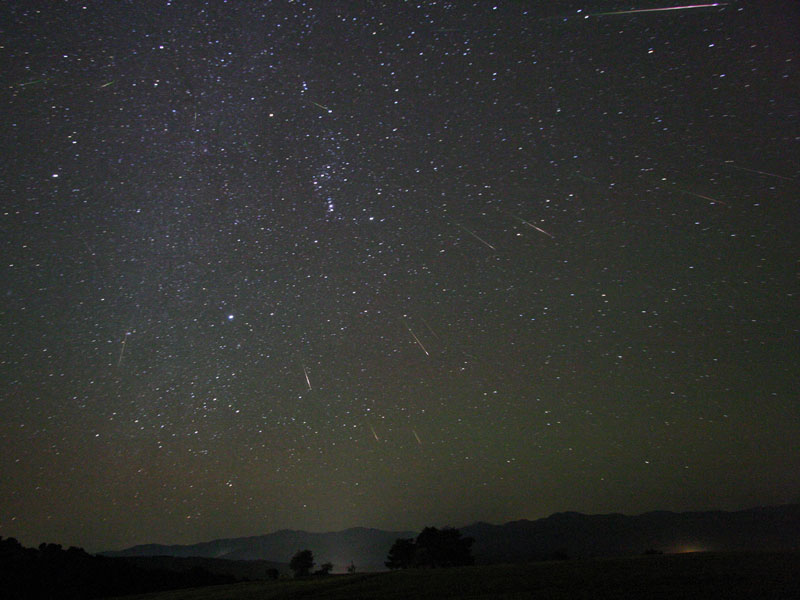 Explanation: Meteors have been flowing out from the constellation Orion. This was expected, as mid-October is the time of year for the Orionids Meteor Shower. Pictured above, over a dozen meteors were caught in successively added exposures over three hours taken this past weekend from a town near Bursa, Turkey. The above image shows brilliant multiple meteor streaks that can all be connected to a single point in the sky just above the belt of Orion, called the radiant. The Orionids meteors started as sand sized bits expelled from Comet Halley during one of its trips to the inner Solar System. Comet Halley is actually responsible for two known meteor showers, the other known as the Eta Aquarids and visible every May. Next month, the Leonids Meteor Shower from Comet Tempel-Tuttle might show an even more impressive shower from some locations.