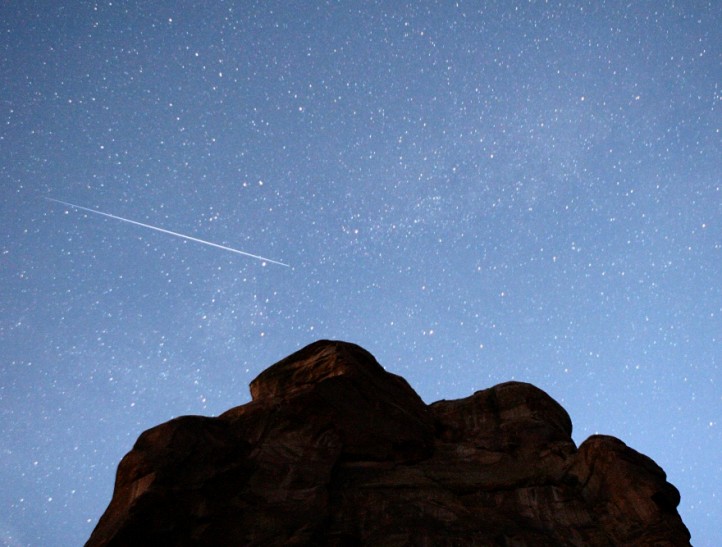 Explanation: The rock formation in the foreground of this night view was recorded on August 10, illuminated by light from a waning gibbous Moon. Even though the sky above also scatters the bright moonlight, a brilliant meteor was captured as it flashed across the scene during the 30 second long exposure. Of course, the meteor was part of the annual rain of dust from periodic Comet Swift-Tuttle known as the Perseid Meteor Shower. Leaving trails that point back to a radiant in the constellation Perseus, the ancient dust particles are vaporized as they enter the atmosphere at about 60 kilometers per second, their visible streaks beginning at altitudes of around 100 kilometers. And though it looks like the knuckles of a giant hand, the curious rock formation can be found in Colorado National Monument park, USA, planet Earth.