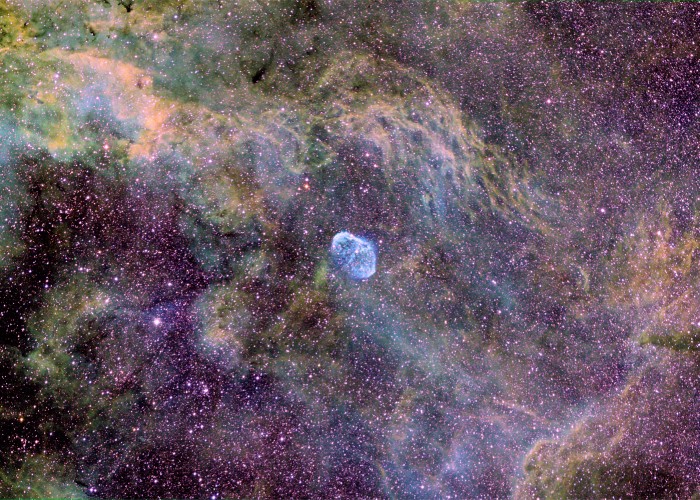 Explanation: NGC 6888, also known as the Crescent Nebula, is a cosmic bubble about 25 light-years across, blown by winds from its central, bright, massive star. Near the center of this intriguing widefield view of interstellar gas clouds and rich star fields of the constellation Cygnus, NGC 6888 is about 5,000 light-years away. The three color composite image was created by stacking exposures through narrow band filters that transmit the light from atoms in the clouds. Hydrogen is shown as green, sulfur as red, and oxygen as blue. NGC 6888's central star is classified as a Wolf-Rayet star (WR 136) and is shedding its outer envelope in a strong stellar wind, ejecting the equivalent of our Sun's mass every 10,000 years. Burning fuel at a prodigious rate and near the end of its stellar life, this star should ultimately go out with a bang in a spectacular supernova explosion.