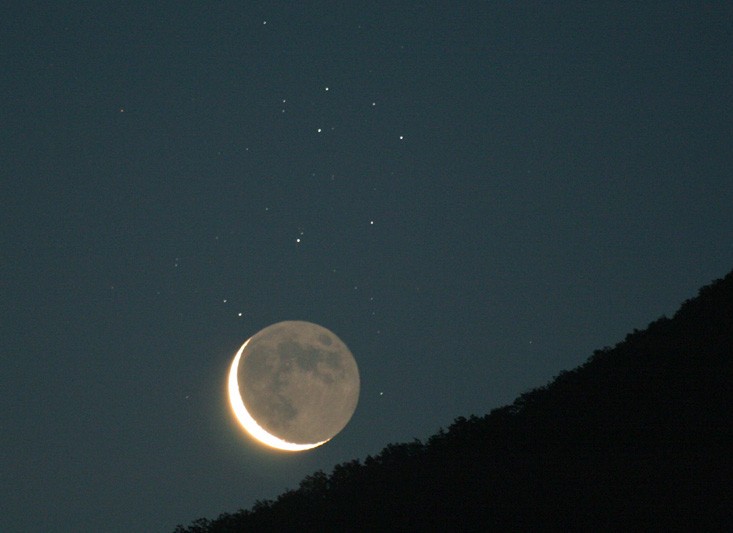 Explanation: An old crescent Moon shares the eastern sky over Menton, France with the sister stars of the Pleiades cluster in this early morning skyscape recorded just last Friday, June 23rd. (Bright Venus was also near the eastern horizon, but is not pictured here.) Astronomical images of the well-known Pleiades often show the cluster's alluring blue reflection nebulae, but they are washed out here by the bright moonlight. Still, while the crescent Moon is overexposed, surface features can be seen on the dim lunar night side illuminated by earthshine - light from sunlit planet Earth. Of course, you can spot a young crescent Moon in the early evening sky tonight. Having left the Pleiades behind, a lovely lunar crescent now appears in the west, lining up with planets Mars, Saturn, and Mercury along the solar system's ecliptic plane.