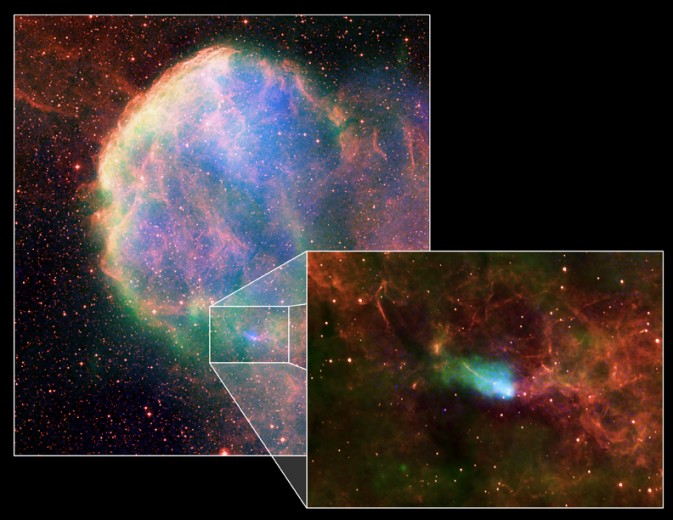 Explanation: IC 443 is typical of the aftermath of a stellar explosion, the ultimate fate of massive stars. Seen in this false-color composite image, the supernova remnant is still glowing across the spectrum, from radio (blue) to optical (red) to x-ray (green) energies -- even though light from the stellar explosion that created the expanding cosmic cloud first reached planet Earth thousands of years ago. The odd thing about IC 443 is the apparent motion of its dense neutron star, the collapsed remnant of the stellar core. The close-up inset shows the swept-back wake created as the neutron star hurtles through the hot gas, but that direction is not aligned with the direction toward the apparent center of the remnant. The misalignment suggests that the explosion site was offset from the center or that fast-moving gas in the nebula has influenced the wake. The wide view of IC 443, also known as the Jellyfish nebula, spans about 65 light-years at the supernova remnant's estimated distance of 5,000 light-years.