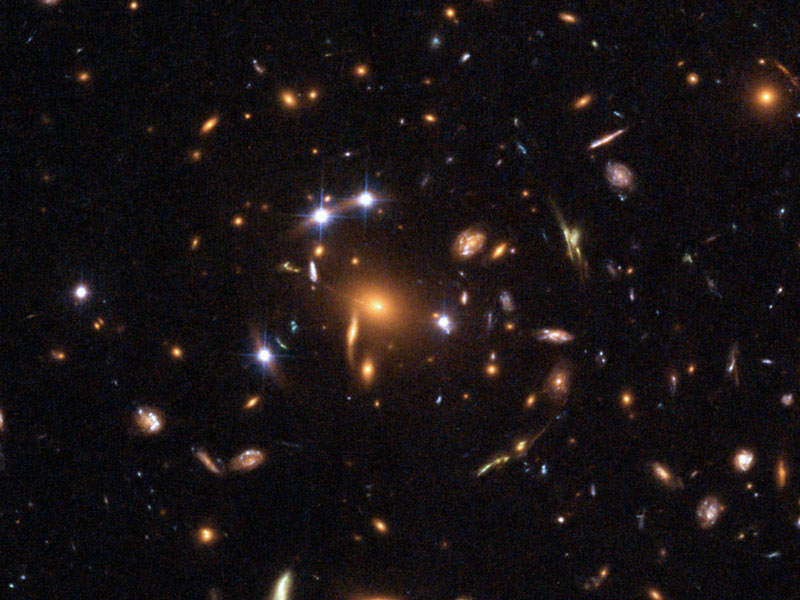 Explanation: What's happening near the center of this cluster of galaxies? At first glance, it appears that several strangely elongated galaxies and fully five bright quasars exist there. In reality, an entire cluster of galaxies is acting as a gigantic gravitational lens that distorts and multiply-images bright objects that occur far in the distance. The five bright white points near the cluster center are actually images of a single distant quasar. This Hubble Space Telescope image is so detailed that even the host galaxy surrounding the quasar is visible. Close inspection of the above image will reveal that the arced galaxies at 2 and 4 o'clock are actually gravitationally lensed images of the same galaxy. A third image of that galaxy can be found at about 10 o'clock from the cluster center. Serendipitously, numerous strange and distant galaxies dot the above image like colorful jewels. The cluster of galaxy that acts as the huge gravitational lens is cataloged as SDSS J1004+4112 and lies about 7 billion light years distant toward the constellation of Leo Minor.