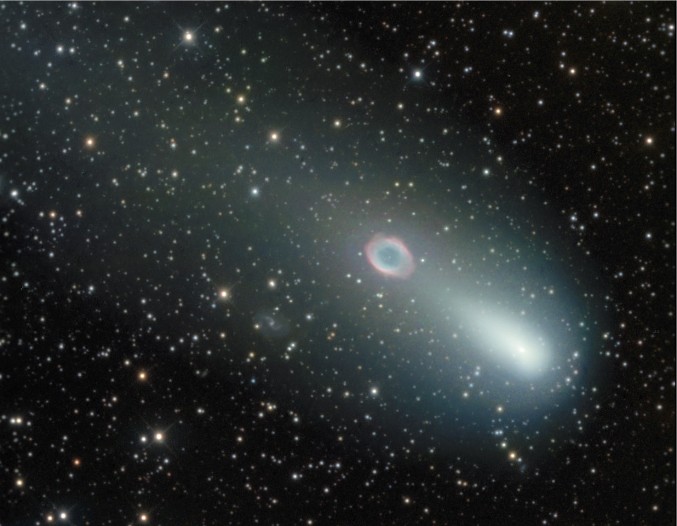 Explanation: Moving rapidly through planet Earth's night sky, Fragment C of crumbling comet 73P/Schwassmann-Wachmann 3 passed almost directly in front of M57 - the Ring Nebula, and faint spiral galaxy IC 1296 on May 8. In fact, in this gorgeous view, the bright head of Fragment C is separated by only about 0.1 degrees from M57, with the tail apparently engulfing nebula and galaxy. Recorded from Elizabeth, Illinois, USA, this picture corresponds to the cosmic scene only 30 minutes after yesterday's picture of the approaching alignment. The relative motion of the comet against the background stars and nebulae is easy to see when comparing the two images. This comet's fragments will be near their closest approach in the coming days, about 10 million kilometers away, and none pose any danger to our fair planet.