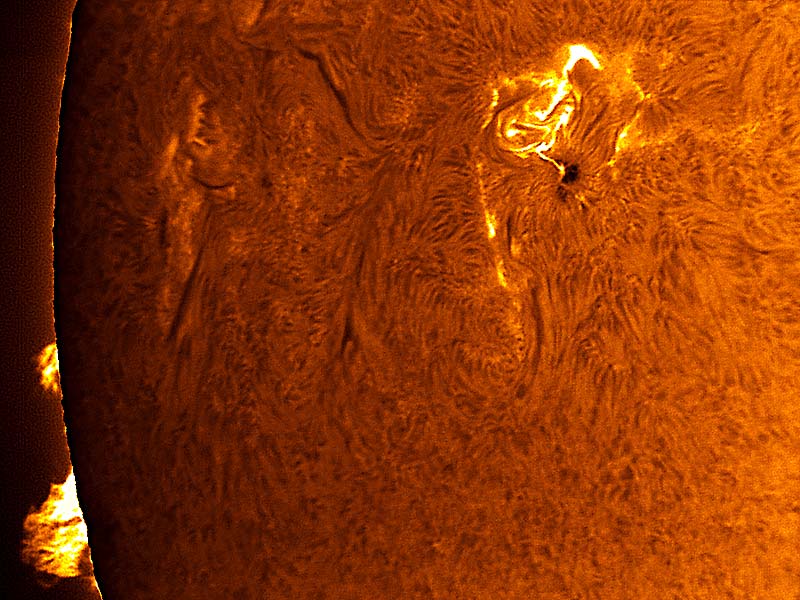 Explanation: An unusually active sunspot region is now crossing the Sun. The region, numbered 875, is larger than the Earth and has produced several solar flares over the past week. It should take a few more days for Sunspot 875 to finish crossing the solar disk. The above image of the Sun was taken last Wednesday in a very specific color of red light to bring up detail. Sunspot 875, in the midst of erupting a large Class C solar flare, can be seen as the dark region to the upper right. In the above image, relatively cool regions appear dark while hot regions appear bright. On the far left, solar prominences are visible hovering above the Sun's surface.