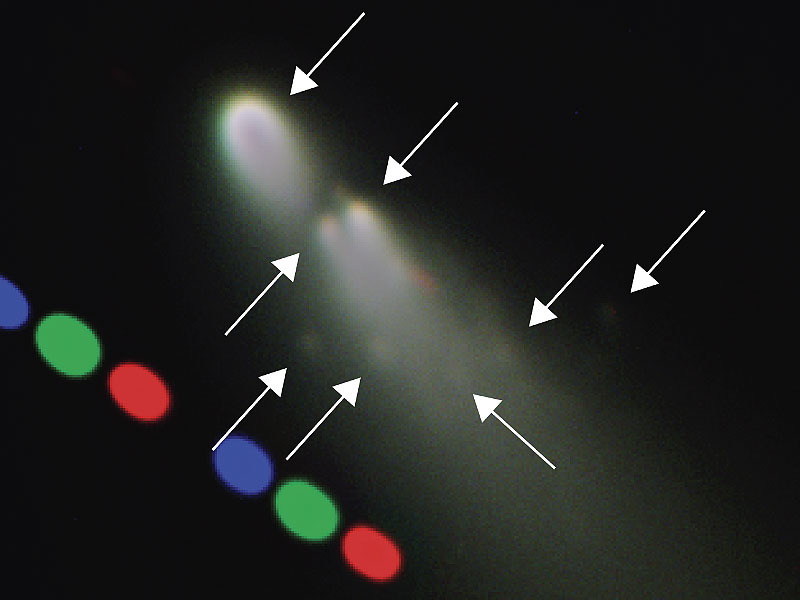 Explanation: A crumbling comet will soon pass near the Earth. Comet 73P/Schwassmann-Wachmann 3 is brightening and may even be visible to the unaided eye when the fragmented comet zooms past Earth during the middle of next month. Still, the small comet poses no Earth hazard, since it will pass the Earth at about 25 times the distance of the Moon. Exactly how bright Comet Schwassman-Wachmann 3 will get is unknown. It is even possible, althought unlikely, that debris from the comet will have spread out enough to cause a notable meteor shower. Pictured above, Fragment B of Comet Schwassman-Wachmann 3 was photographed two nights ago by a 8.2-meter Very Large Telescope in Chile. Visible to the lower right of the large B fragment are many mini-comets that have broken off and now orbit the Sun separately. Each mini-comet itself sheds gas and dust and so appears to have its own hazy coma. The comet will pass closest to the Sun on June 7.