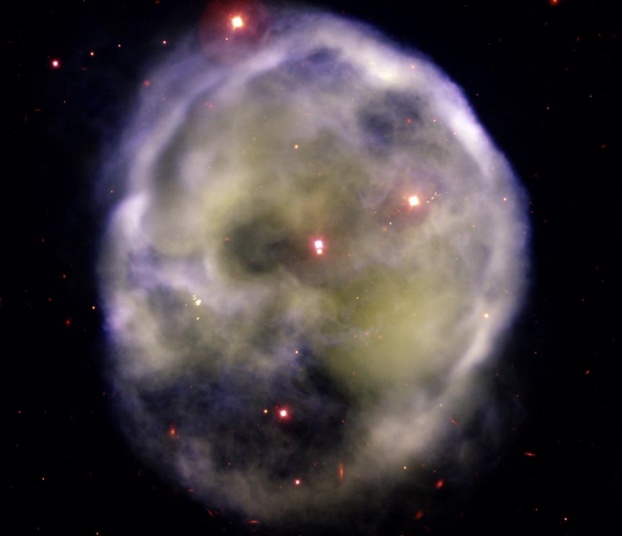 Explanation: Appropriately nicknamed "the Skull Nebula", planetary nebula NGC 246 really does surround a dying star some 1,600 light-years away in the constellation Cetus. Expelled over a period of thousands of years, the lovely, intricate nebula is the outer atmosphere of a once sun-like star. The expanding outer atmosphere is interacting with the gas and dust in the interstellar medium, while the star itself, the fainter member of the binary star system seen at the nebula's center, is entering its final phase of evolution, becoming a dense, hot white dwarf. Star and nebula are moving rapidly toward the top of the detailed view, as suggested by the nebula's brighter, upper, leading edge. The sharp image spans just over 2.5 light-years at the estimated distance of NGC 246 and also reveals distant background galaxies, some visible right through the nebula along the bottom.