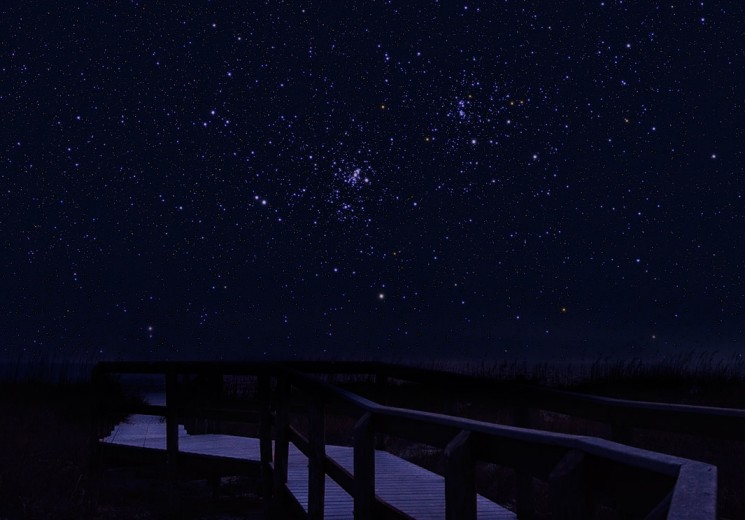 Explanation: Located some 7,000 light-years away toward the constellation Perseus, this pair of open or galactic star clusters really is visible to the unaided eye and was cataloged in 130 BC by Greek astronomer Hipparchus. Now known as h and chi Persei (NGC 869/884), the clusters themselves are separated by a few hundred light-years and contain stars much younger, and hotter than the Sun. But what if this famous double star cluster were closer, say only 700 light-years distant from our fair solar system, crowding our sky with stars? Astrophotographer Jose Suro also imagines a clear, moonless, dark night sky on a warm evening near tranquil waters. The foreground is illuminated by starlight in his composited dreamlike image of the cluster pair. He notes that while the solar system is not in the vicinity of such rich clusters of stars, dark night skies and warm evenings can still be inspiring on planet Earth.