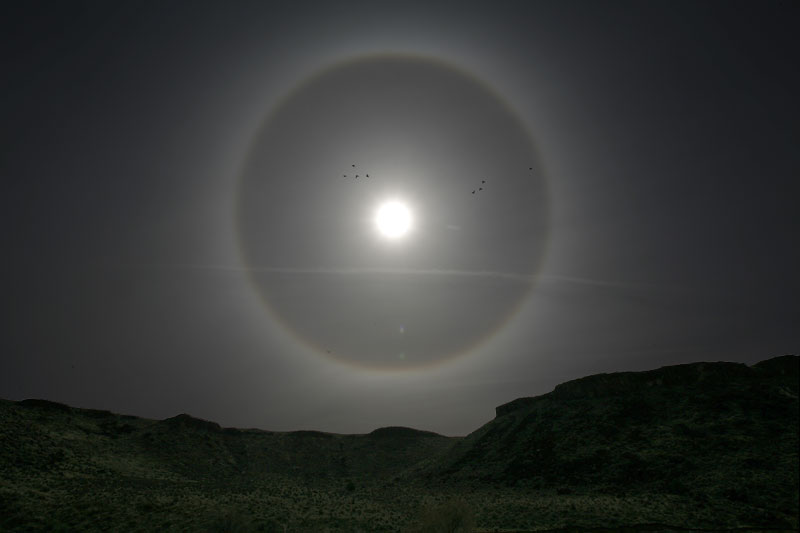 Explanation: Have you ever seen a halo around the Sun? This fairly common sight occurs when high thin clouds containing millions of tiny ice crystals cover much of the sky. Each ice crystal acts like a miniature lens. Because most of the crystals have a similar elongated hexagonal shape, light entering one crystal face and exiting through the opposing face refracts 22 degrees, which corresponds to the radius of the Sun Halo. A similar Moon Halo may be visible during the night. The picture was taken in Gunlock, Utah, USA. A flock of birds was caught by chance in the foreground. Exactly how ice-crystals form in clouds remains under investigation.