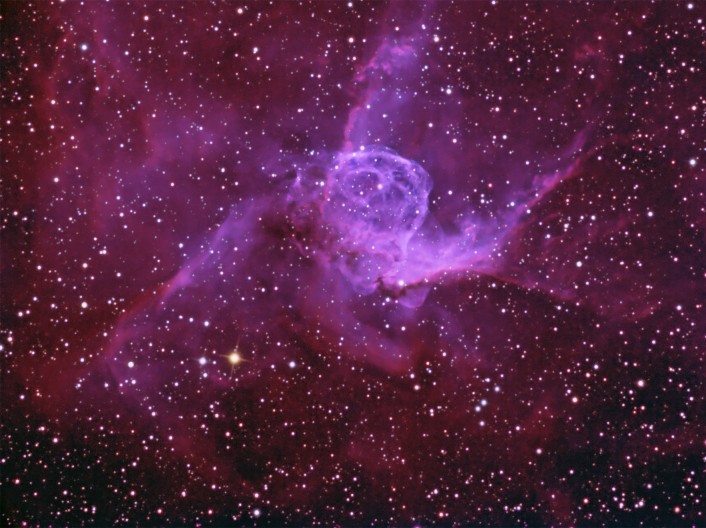 Explanation: Near picture center, the helmet-shaped structure with wing-like appendages is popularly called Thor's Helmet. Cataloged as NGC 2359, the striking nebula is located about 15,000 light-years away in the constellation Canis Major. The helmet is actually more like a cosmic bubble, blown as the wind from the bright, massive star near the bubble's center sweeps through the surrounding molecular cloud. Known as a Wolf-Rayet star, the energetic star is a blue giant thought to be in a brief, pre-supernova stage of evolution. The remarkable color composite combines broad and narrow band images - including a deep exposure recorded with an H-alpha filter. The H-alpha image traces the light from the region's glowing atomic hydrogen gas. Heroically sized even for a Norse god, this Thor's Helmet is about 30 light-years across.