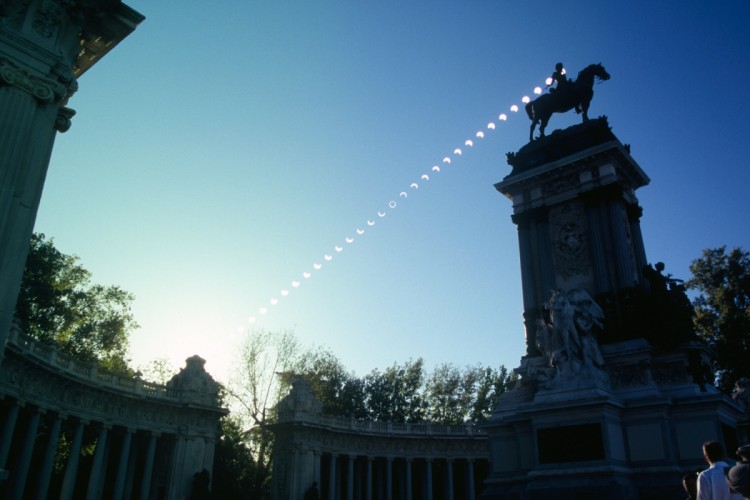 Explanation: A walk in the park seemed like a perfect idea to many enjoying a sunny October morning in Madrid, Spain. Of course, on October 3rd an added attraction was the Moon - seen in dramatic silhouette during an annular solar eclipse. This multiple exposure sequence follows the progress of the eclipse from Madrid's monument to King Alfonso XII in the pleasant Parque del Buen Retiro. The Sun rises at the left and moves up and to the right in the picture, with the ring-like annular phase near picture center. While a partial eclipse was visible over a wide area including Europe, Africa and western Asia, the central line of the shadow track crossed Madrid. Sun watchers in the capital city basked in an annular eclipse phase lasting about four minutes.