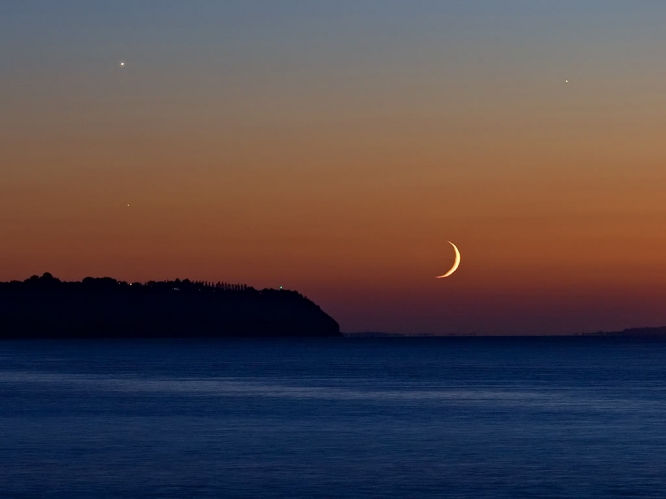 Explanation: Shortly after sunset on September 6th, sky gazers around the world were treated to a lovely crescent Moon in western skies -- joined by bright planets Venus and Jupiter. In this colorful telephoto view from near Quebec City, Canada the Moon is nestled just above the wide St. Lawrence River. Lights on the horizon are along the river's southern shore. Also known as the evening star, Venus is at the upper left and Jupiter at the upper right, while another prominent celestial beacon, Spica, can be seen shining through the twilight below Venus. Spica, actually a very close pair of hot blue stars some 260 light-years away, is the brightest star in the constellation Virgo.