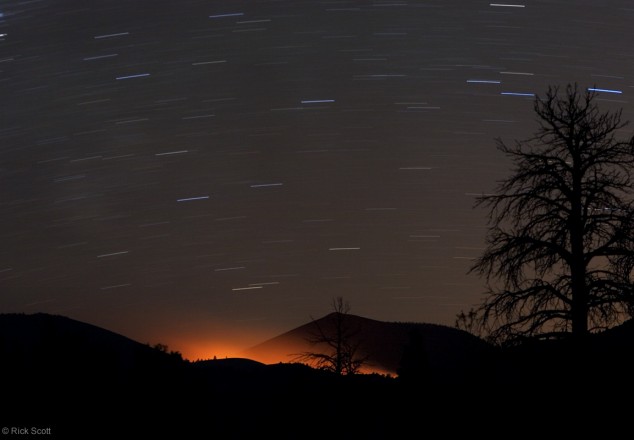 Explanation: Stars gracefully arc over the glow from a not too distant forest fire in this dramatic time exposure. A recent camping trip with family and friends to Sunset Crater Volcano National Monument, near Flagstaff, Arizona, USA produced the opportunity to record the subtle lighting from Earth and sky. Pointed south with the shutter held open for five minutes, camera and tripod were fixed to planet Earth, producing the gently curving, concentric star trails - a reflection of the planet's daily rotation about its axis. Rising beyond the forest fire's glow is the slope of Sunset Crater, a cinder cone produced by volcanic eruptions some 900 years ago.