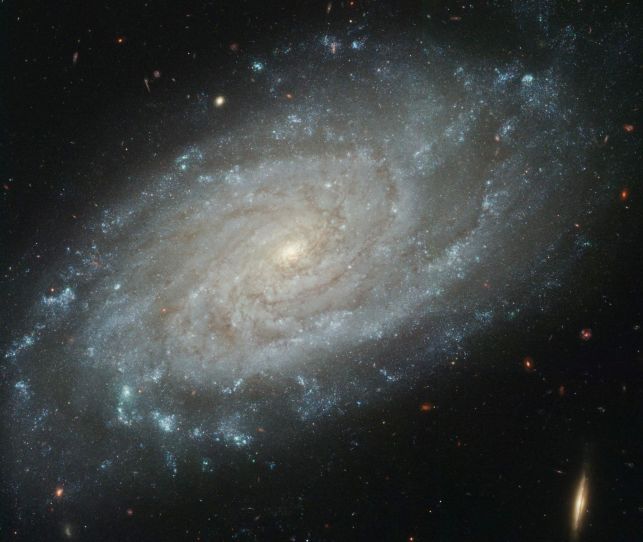 Explanation: Similar in size and grand design to our own Milky Way, spiral galaxy NGC 3370 lies about 100 million light-years away toward the constellation Leo. Recorded here in exquisite detail by the Hubble Space Telescope's Advanced Camera for Surveys, the big, beautiful face-on spiral does steal the show, but the sharp image also reveals an impressive array of background galaxies in the field, strewn across the more distant Universe. Looking within NGC 3370, the image data has proved sharp enough to study individual pulsating stars known as Cepheids which can be used to accurately determine this galaxy's distance. NGC 3370 was chosen for this study because in 1994 the spiral galaxy was also home to a well studied stellar explosion -- a type Ia supernova. Combining the known distance to this standard candle supernova, based on the Cepheid measurements, with observations of supernovae at even greater distances, can reveal the size and expansion rate of the Universe itself.