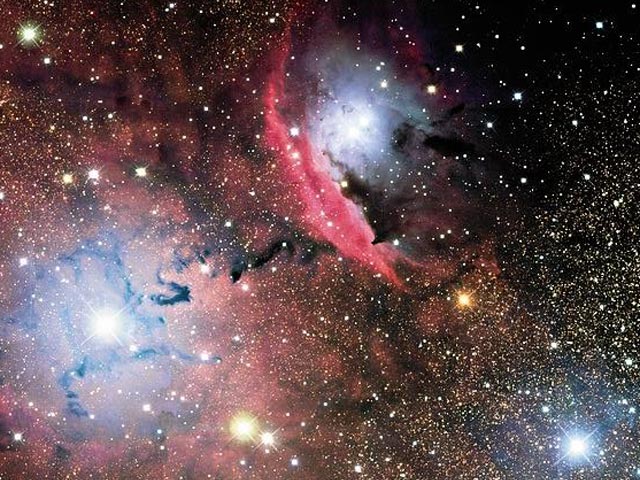 Explanation: When stars form, pandemonium reigns. A textbook case is the star forming region NGC 6559. Visible above are red glowing emission nebulas of hydrogen, blue reflection nebulas of dust, dark absorption nebulas of dust, and the stars that formed from them. The first massive stars formed from the dense gas will emit energetic light and winds that erode, fragment, and sculpt their birthplace. And then they explode. The resulting morass can be as beautiful as it is complex. After tens of millions of years, the dust boils away, the gas gets swept away, and all that is left is a naked open cluster of stars.