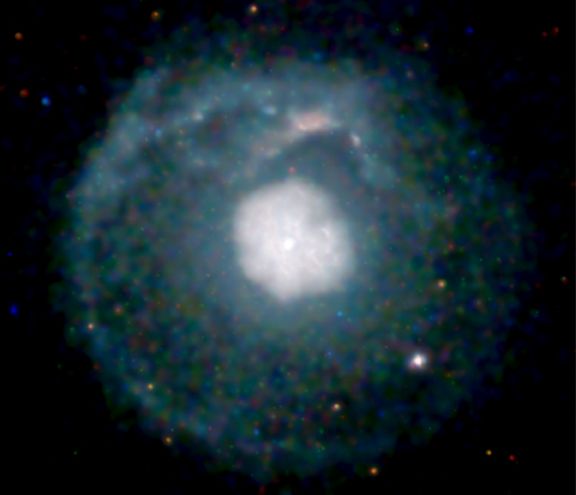 Explanation: The picture is lovely, but this pretty cosmic shell was produced by almost unbelievable violence - created when a star with nearly 20 times the mass of the sun blasted away its outer layers in a spectacular supernova explosion. As the expanding debris cloud swept through surrounding interstellar material, shock waves heated the gas causing the supernova remnant to glow in x-rays. In fact, it is possible that all supernova explosions create similar shells, some brighter than others. Cataloged as G21.5-0.9, this shell supernova remnant is relatively faint, requiring about 150 hours of x-ray data from the orbiting Chandra Observatory to create this false-color image. G21.5-0.9 is about 20,000 light-years distant in the constellation Scutum and measures about 30 light-years across. Based on the remnant's size, astronomers estimate that light from the original stellar explosion first reached Earth several thousand years ago.