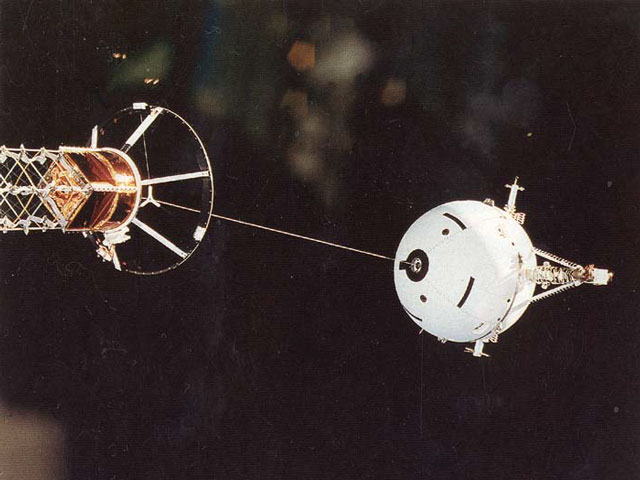 Explanation: One of the greatest unrequited legends of outer space is the tether. Tethers, long strands of material, hold the promise of stabilizing satellites, generating electricity, and allowing easy transportation. Possibly the most extreme vision of the space tether is the space elevator popularized by Arthur C. Clarke, where a tether is constructed that connects the ground to geosynchronous orbit. One problem is strength - it is difficult to make a long useful tether that does not snap. To help realize more of the tremendous potential of space tethers, NASA and the SpaceWard Foundation have issued the Centennial Tether Challenge, promising a monetary reward for the best space tether that exceeds a minimum standard. Pictured above is the deployment of the Tethered Satellite System 1 (TSS-1) by the space shuttle Altantis in 1992. Like other tested tethers, TSS-1 failed to live up to its promise, although many valuable lessons were learned.