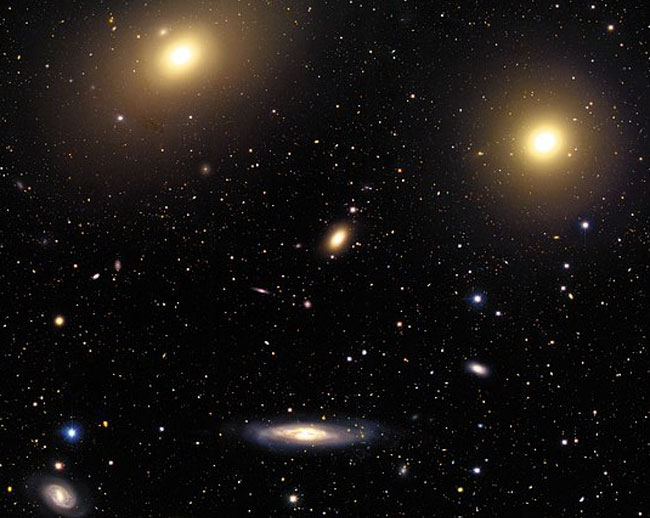 Explanation: The Virgo Cluster of Galaxies is the closest cluster of galaxies to our Milky Way Galaxy. The Virgo Cluster is so close that it spans more than 5 degrees on the sky - about 10 times the angle made by a full Moon. It contains over 100 galaxies of many types - including spiral, elliptical, and irregular galaxies. The Virgo Cluster is so massive that it is noticeably pulling our Galaxy toward it. The cluster contains not only galaxies filled with stars but also gas so hot it glows in X-rays. Motions of galaxies in and around clusters indicate that they contain more dark matter than any visible matter we can see. Pictured above, the center of the Virgo cluster might appear to some as a human face, and includes bright Messier galaxies M86 at the top, M84 on the far right, NGC 4388 at the bottom, and NGC 4387 in the middle.