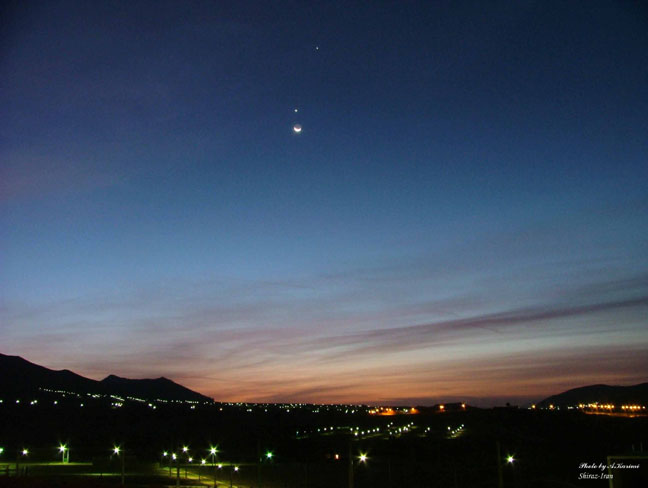 Explanation: Early morning risers around the world have enjoyed the sight of bright planets in this week's predawn skies - further enhanced by the celestial spectacle of the waning crescent Moon. From some locations the Moon was seen to pass in front of Jupiter or Venus, a lunar occultation. Recorded near sunrise on November 10th from Shiraz, Iran, this eastern horizon view finds Jupiter (top) and a brilliant Venus in line with the Moon, a lovely conjunction of the three brightest objects in the night sky. Although the Moon has now fallen out of the early morning scene, Venus and Jupiter (along with a much fainter Mars) still precede the rising Sun above the eastern horizon.