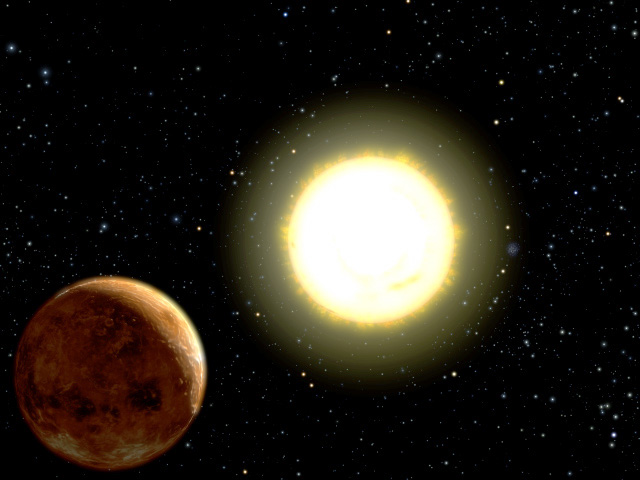 Explanation: Is our Solar System unique? The discovery of a Neptune-mass planet in an sub-Mercury orbit around nearby Sun-like star 55 Cancri, announced yesterday along with the discovery of other similar systems, gives a new indication that planetary systems as complex as our own Solar System likely exist elsewhere. The planet, discovered in data from the Hobby-Eberly telescope in Texas, the Lick Observatory in California, and the orbiting Hubble Space Telescope, is one of four planets now known to orbit 55 Cancri -- the others being similar in mass to Jupiter. The finding involved noting subtle changes in the speed of the star caused by its orbiting planets. The above drawing depicts what this planet might look like, assuming a mass similar to Neptune, but a composition similar to Earth. The star 55 Cancri, only 40 light-years distant, is visible with binoculars towards the constellation of Cancer.