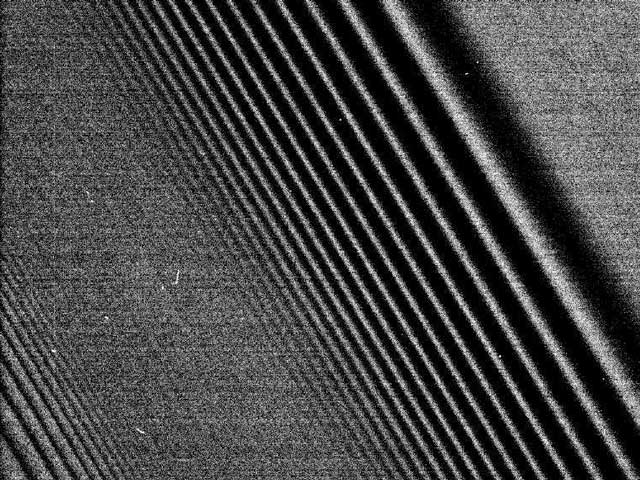 Explanation: What causes the patterns in Saturn's rings? The Cassini spacecraft just entering orbit around Saturn has started sending back spectacular images of Saturn's immense ring system in unprecedented detail. The physical cause for many of newly resolved ring structures is not always understood. The cause for the beautifully geometric type of ring structure shown above in Saturn's A ring, however, is hypothesized to be a spiral density wave. A small moon systematically perturbing the orbits of ring particles orbiting at slightly different distances causes such a density wave bunching. Also visible on the image right is a bending wave, a vertical wave in ring particles also caused by the gravity of a nearby moon. This close-up spans about 220 kilometers. Cassini is scheduled to take and send back images of the distant ringed Saturn and its unusual moons for the next four years.