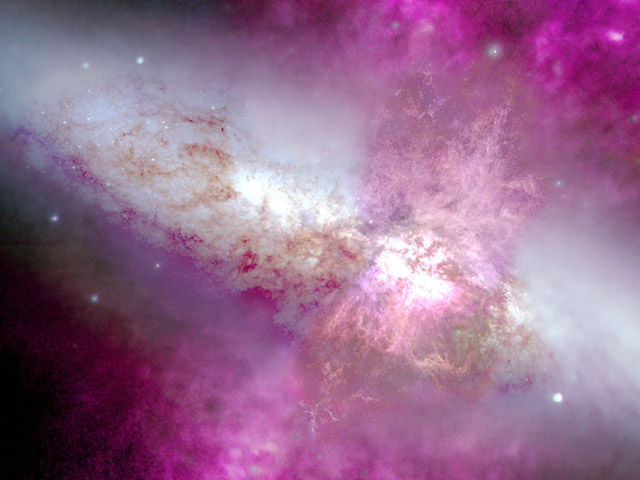 Explanation: Star formation occurs at a faster pace in M82 -- a galaxy with about ten times the rate of massive star birth (and death) compared to our Milky Way. Winds from massive stars and blasts from supernova explosions have created a billowing cloud of expanding gas from this remarkable starburst galaxy. The above scientifically color-coded image highlights the complexity and origin of the plume by combining a wide field image from the WIYN Telescope in Arizona with a smaller high-resolution image from the orbiting Hubble Space Telescope. M82's aspect in optical pictures has led to its popular moniker, the Cigar Galaxy. M82's burst of star formation was likely triggered a mere 100 million years ago in the latest of a series of bouts with neighboring large galaxy M81.