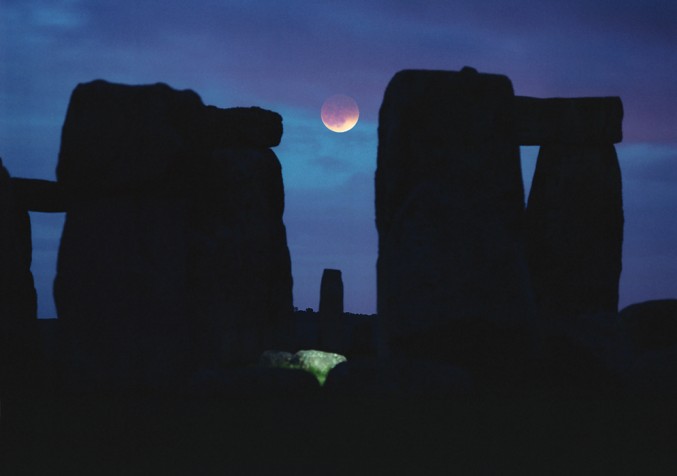 Explanation: Despite clouds and rain showers astronomer Phillip Perkins managed to spot a reddened, eclipsed Moon between the stones of this well known monument to the Sun during May's total lunar eclipse, from Stonehenge, England. When he recorded this dramatic picture, the rising Moon was only about 5 degrees above the horizon, but conveniently located through a gap in the circle of ancient stones. Although at first glance there appears to be an eerie, luminous pool of water in the foreground, Perkins notes that his daughter produced the artistic lighting effect. She illuminated a fallen stone and surrounding grass with a flashgun from her hiding place behind the large sarsen stone to the right of center. As the picture looks toward the southeast, the stone just below the Moon is one of the inner bluestones rather than the famous Heel Stone, which marks the northeast direction of the summer solstice sunrise.