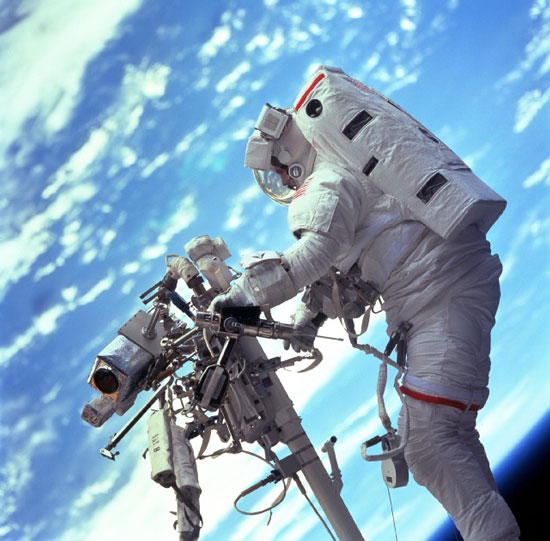 Explanation: High above planet Earth, a human helps an ailing machine. The machine, in this potentially touching story, is the Hubble Space Telescope, which is not in the picture. The human is Astronaut Steven L. Smith, and he is seen above retrieving a power tool from the handrail of the Remote Manipulator System before resuming work on HST in 1999 December. For most astronauts, space is not a place for relaxation and vacation, but rather a place for hard work. Since many space missions involve costly equipment and complicated experiments, astronauts are usually people of considerable knowledge and training. Although the hours may be long and work may be taxing, one frequently reported perk of working in space is the spectacular view.