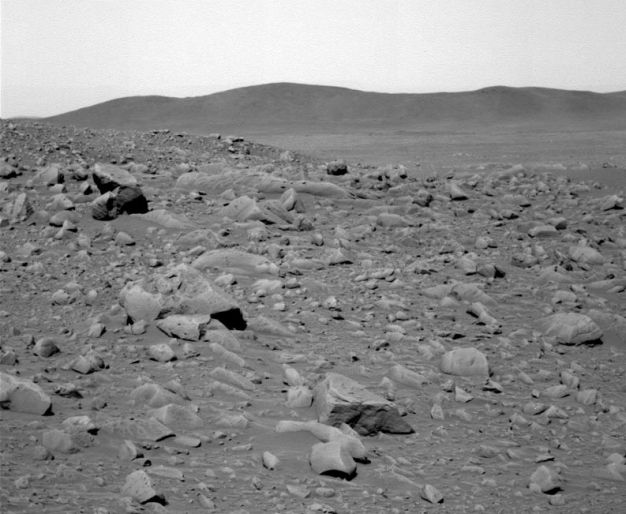 Explanation: Today, April 1st, astrophysicists have announced a surprising discovery - April Fools Day is more intense on Mars! Though the discovery is contrary to accepted theories of April Fools Day, researchers note that there are several likely causes for the severe martian April Fools phenomenon. For starters, gravity, the force that opposes comedy throughout the universe, is only about 3/8ths as strong on Mars' surface as it is on planet Earth. Also, a martian day, called a sol, lasts nearly 40 minutes longer than an earth day. And furthermore ... well, as soon as they think of some more reasons, they've promised to tell us. Happy April Fools day from the editors at APOD! Editors note: Mars rover Spirit recorded this image looking out toward the eastern horizon and the Columbia Hills over 2 kilometers in the distance. Its journey across this rocky martian terrain could take from 60 to 90 sols.