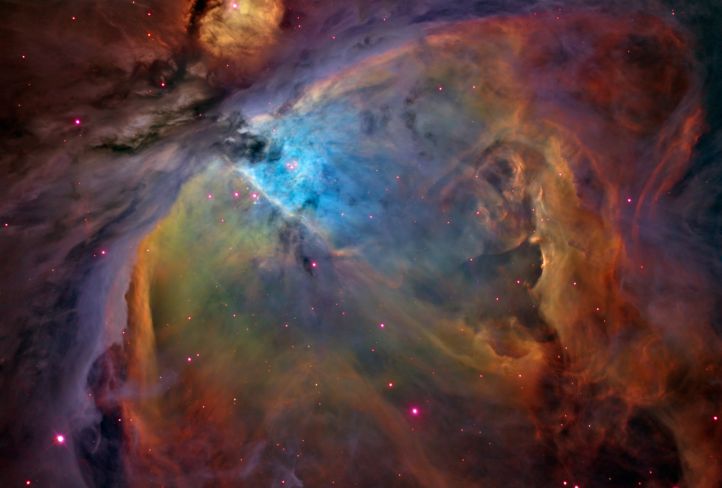 An Orion of a Different Color
Credit & Copyright: Russell Croman

Explanation: Look up into the sky tonight, and even with a good telescope you won't come across a sight quite like this one. It is a familiar object though, the grand stellar nursery known as the Orion Nebula. But the striking picture combines images taken through three separate filters, each designed to record different emission lines - light from Sulfur, Oxygen, and Hydrogen atoms glowing in the tenuous nebular gas. At such low densities, Sulfur and Hydrogen atoms emit red colors while Oxygen glows green. To distinguish their contributions in the final image, Sulfur was assigned to red, Hydrogen to green, and Oxygen to blue, a color scheme used in mapped-color images of other astronomical nebulae as well. While the result is very different from what the eye might see, the image is still both beautiful and scientifically valuable, tracing elements and conditions within the nearby star forming region.