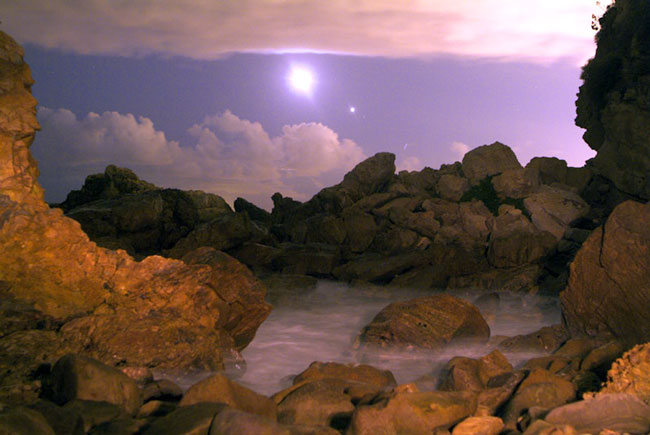 Explanation: The crescent Moon passed nearly in front of Venus two weeks ago. The close conjunction of the night sky's two brightest objects created a striking pose for many viewing the evening sky just after sunset. Such a pose, shown above, was captured between clouds over Corona Del Mar Beach in California, USA. To be precise, the Moon appeared to pass only about three degrees from Venus on February 23. A similar conjunction will occur later this month, on March 24, when Venus appears near its furthest from the Sun while the Moon passes only about 2 degrees away.