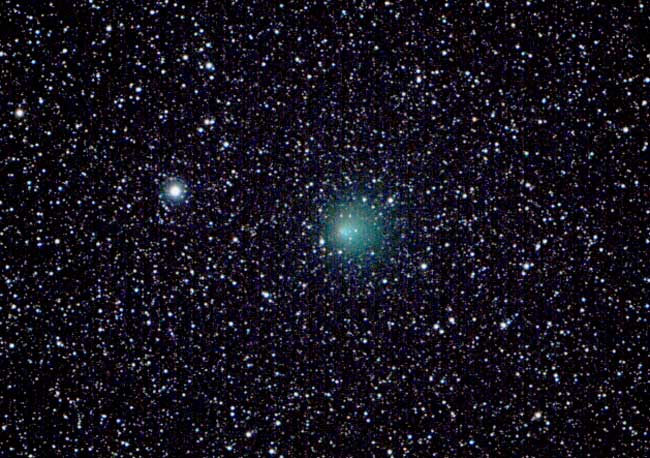 Explanation: It's back. Every 3.3 years, Comet Encke swoops back into our inner Solar System. First officially discovered in 1786, Comet Encke is on its 59 th documented return, making it one of the best-studied comets on the sky. Mysteriously, Comet Encke should have been discovered millennia earlier, since it likely became bright enough to see unaided many times over the past few thousand years. Comet Encke's elliptical trajectory reaches from outside the orbit of Mars to inside the orbit of Mercury. It passed relatively close to the Earth on Nov. 17 and will reach its closest to the Sun on Dec 29. Recent observations place Comet Encke as bright as visual magnitude six during early December, making it just on the verge of unaided human vision. Pictured above, the diffuse smudge of periodic Comet Encke was imaged through a small telescope on November 29 from Arkansas, USA.