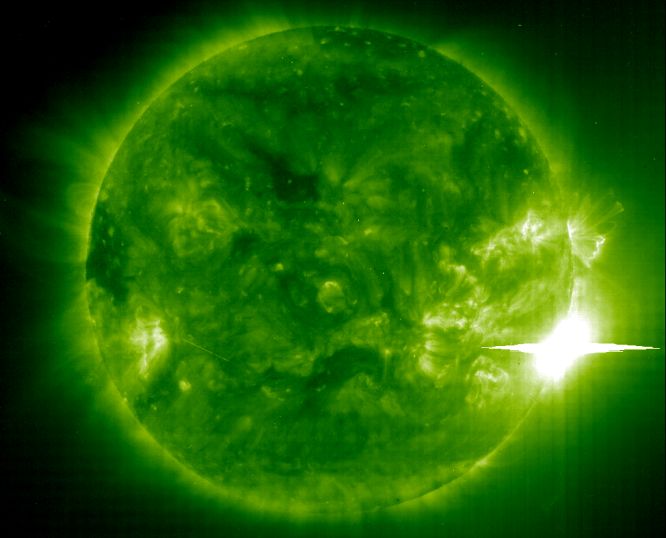 Explanation: Almost out of view from our fair planet, rotating around the Sun's western edge, giant sunspot region AR 10486 lashed out with another intense solar flare followed by a large coronal mass ejection (CME) on Tuesday, November 4th at about 1950 Universal Time. The flare itself is seen here at the lower right in an extreme ultraviolet image from the sun-staring SOHO spacecraft's EIT camera. Saturating the EIT camera pixels and detectors on other satellites, this giant X-class flare was among the most powerful ever recorded since the 1970s, the third such historic blast from AR 10486 within the last two weeks. While energetic particle radiation from the flare did cause substantial radio interference, the associated CME is not expected to trigger extremely widespread aurorae as it glances off the magnetosphere, unlike the direct hits from last week's CMEs. Say farewell to the mighty AR 10486, for now. For the next two weeks, the sunspot region will be on the Sun's far side.