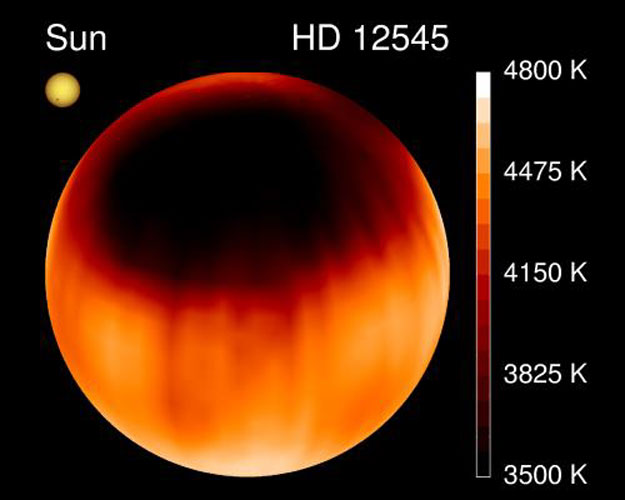 Explanation: What could cause a star to have such a large spot? Our Sun itself frequently has sunspots, relatively cool dark magnetic depressions that move across its surface. HD 12545, however, exhibits the largest starspots yet observed. Doppler imaging - the use of slight changes in color caused by the rotation of the star - was used to create this false-color image. The vertical bar on the right gives a temperature scale in kelvins. This giant, binary, RS CVn star, also known as XX Trianguli, is visible with binoculars in the constellation of Triangulum. The starspot is thought to be caused by large magnetic fields that inhibit hot matter from flowing to the surface.