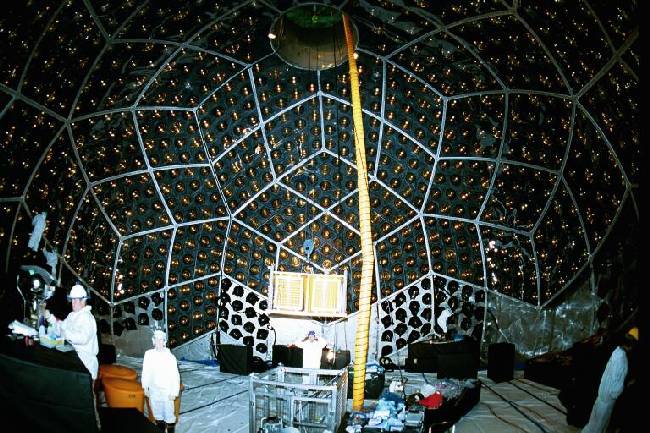 Explanation: A large sphere beneath Japan has helped verify humanity's understanding of the inner workings of the Sun. The KamLAND sphere, shown above during construction in 2001, fails to detect fundamental particles called anti-neutrinos that are known to be emitted by nearby nuclear reactors around Japan. This triumphant failure can best be explained by neutrinos oscillating between different types. KamLAND's results bolster previous neutrino oscillation claims including that from the Sudbury detector, a similar large sphere beneath Canada designed to detect all types of neutrinos from the Sun. Thus, leading astrophysicists now consider the long standing solar neutrino deficit problem as finally solved. A new mystery that replaces it is to find a new Standard Model for particle physics that fully explains neutrino oscillations.