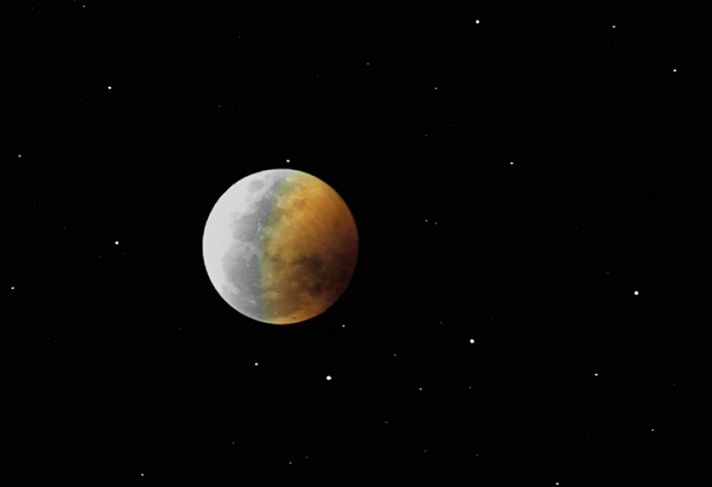 Explanation: Half-shadowed by the Earth, the Moon takes on a remarkable appearance against a field of stars in this intriguing telephoto picture recorded during a partial phase of last week's lunar eclipse. The picture is not a composite, but it has been digitally enhanced to bring out features covering a large range in brightness. On the Moon itself, surface details are visible in both the bright uneclipsed portion in direct sunlight, and the very much dimmer copper-colored, eclipsed region. Also much fainter than the Moon's sunlit surface, the background star field, along with the unusual lighting, seems to contribute to an eerie "3D" perception of the lunar orb. Canadian astrophotographer Jay Ouellet took the picture from l'Observatoire de la Decouverte in Val Belair, a suburb of Quebec City, where about 200 skygazers gathered to enjoy the celestial exposition.