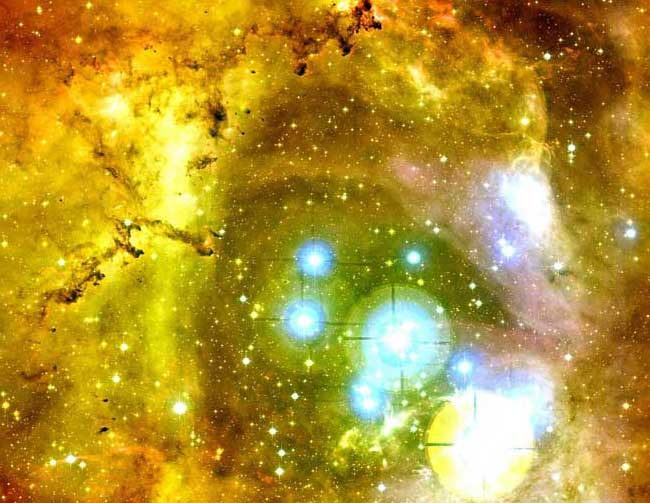 In the Center of the Rosette Nebula
Credit & Copyright: MegaPrime Camera, Canada-France-Hawaii Telescope

Explanation: In the heart of the Rosette Nebula lies a bright open cluster of stars that lights up the nebula. The stars of NGC 2244 formed from the surrounding gas only a few million years ago. This just-released image taken by the CFHT's new MegaPrime camera shows the region in unprecedented detail. Although the emission nebula is dominated by red hydrogen light, the above image has exaggerated the effect of green light emitted primarily by small amounts of oxygen. A hot wind of particles streams away from the cluster stars and contributes to an already complex menagerie of gas and dust filaments while slowly evacuating the cluster center. The Rosette Nebula's center measures about 50 light-years across, lies about 4500 light-years away, and is visible with binoculars towards the constellation of Monoceros.