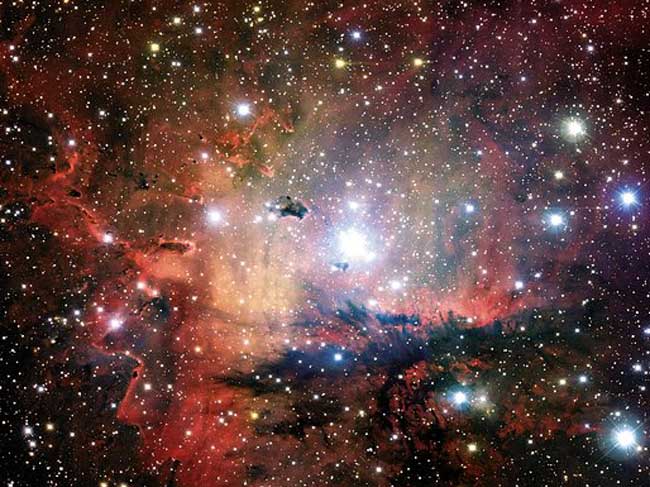 Explanation: NGC 281 is a busy workshop of star formation. Prominent features include a small open cluster of stars, a diffuse red-glowing emission nebula, large lanes of obscuring gas and dust, and dense knots of dust and gas in which stars may still be forming. The open cluster of stars IC 1590 visible around the center has formed only in the last few million years. The brightest member of this cluster is actually a multiple-star system shining light that helps ionize the nebula's gas, causing the red glow visible throughout. The lanes of dust visible below the center are likely homes of future star formation. Particularly striking in the above photograph are the dark Bok globules visible against the bright nebula. Stars are surely forming there right now. The entire NGC 281 system lies about 10 thousand light years distant.