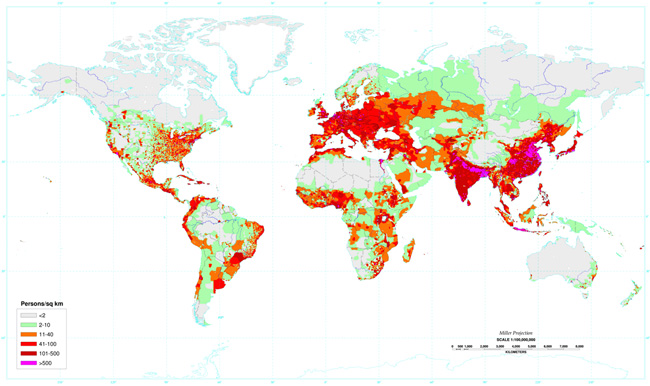 Explanation: Where do people live on Planet Earth? Although people inhabit every continent, the highest population densities occur in Asia. Sparsely inhabited regions occur on virtually every continent, however, including the Sahara Desert in Africa, the Great White North of North America, the outback of Australia, the Amazon of South America, and the Himalayan Mountains of Asia. The above color-coded map was produced from populations estimates made for 1994, when the world population was about 5.5 billion. Current estimates place the world population at about 6.3 billion.