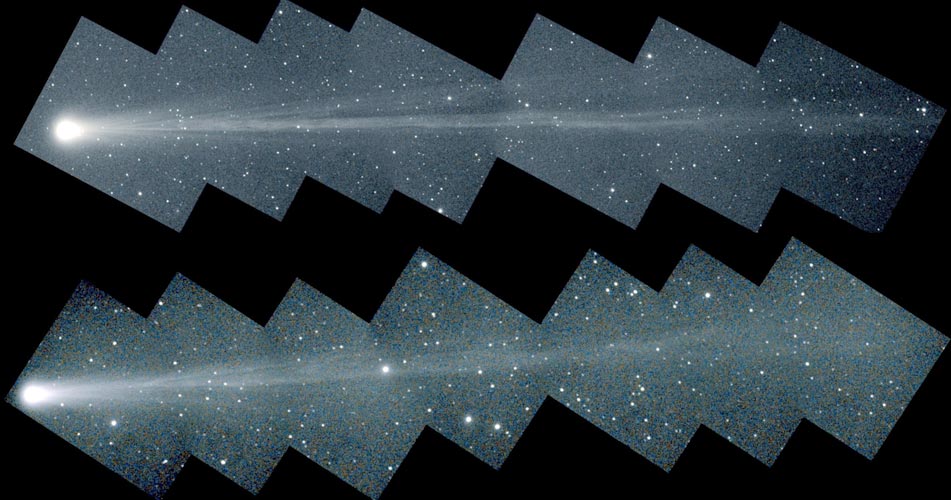 Explanation: A comet may likely become visible to the unaided eye over the next few days above the horizon where the Sun has just set. Comet NEAT (C/ 2002 V1), discovered last November, has brightened dramatically as it approached the Sun. Over the next few days, the quickly setting comet could appear as bright as second magnitude. On February 18 it will round the Sun well within the orbit of Mercury. During surrounding days, the Sun's glare will effectively hide the comet to human observers. It is quite probable, though, that Comet NEAT will standout prominently in images taken by the Sun-looking SOHO satellite. Pictured above, Comet NEAT's complex and developing tail was photographed on January 29 (top) and February 2. Sky enthusiasts should remember to never look directly at the Sun.